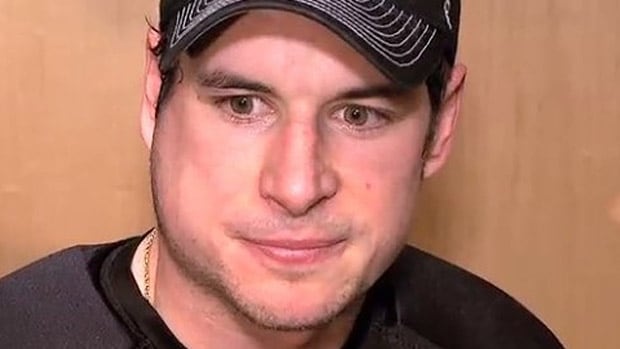 There’s a persistent argument that the reason women’s sports don’t get much attention is that there simply isn’t an audience for them. 8000 people attended Saturday’s game, and while some shitty dudes predictably whined about it online, the social media response has been overwhelmingly positive. The crowd at the game was an impressive mix of ages and genders and the level of enthusiasm and crowd engagement was on par with any Leafs or Marlies games I’ve been to. If it’s good hockey, Canadians are going to watch it. Not airing or discussing or writing about women’s hockey because “there’s no audience for it” is an excuse borne out of laziness as much as sexism.

Poor Brandon. (I’m using Brandon here, but you can substitute any generic hockey bro name.) Brandon had to watch a commercial for women’s hockey and now he is Mad Online™. Brandon does not like women because his mom told him to stop playing Overwatch and put his Meninist shirt in the hamper. Brandon logs on to Twitter and tweets “Women’s hockey? I’d rather watch paint dry!” so that the other Pepe the Frog avatars will now that Brandon is a Real Man™ and not a media party cuck like James Mirtle.

3. Tween girls will be total goofs if given the opportunity.

That weird limbo between childhood and adolescence is a tricky time for girls. Between peer pressure, the media, and the daily reality of patriarchy, they’re encouraged to abruptly leave childhood behind and devote their entire existence to what boys think of them. The CWHL All-Star Game was packed with tweenage girls and as it turns out, when there’s no pressure on them to be anything but hockey fans, tween girls are goofy as hell. They giggle, they shriek, they dance like dorks to make their friends laugh. They flail around on the Jumbotron and tackle each other for free t-shirts. In a judgement-free setting where powerful women are celebrated and applauded, little girls can feel free to be little girls.

4. The hockey world needs to quit sleeping on Jess Jones.

Forget the women’s game – Jess Jones is one of the world’s best hockey players full stop.  The Brampton Thunder forward was drafted into the CWHL after a dominant stint in the EWHL, and her explosive speed and uncanny hockey sense have led to a team-leading 32 point season. (In the scoring race, she sits only behind Ann-Sophie Bettez and Marie-Philip Poulin, who are maybe the world’s best hockey players.) Jones scored a hat trick for Team White at the All-Star Game, and probably had the most vocal cheering section in the building. And yet she remains a relative unknown outside of a small circle of Thunder fans. When Jess Jones is on the ice, the game becomes nine players chasing Jess Jones. She is a generational talent, and deserves to be mentioned in the same breath as players like Natalie Spooner or Meaghan Mikkelson.

Whether you’re tall and willowy or short and squat, whether you’re blonde or brunette, whether you’re butch or femme, there’s a place for you in women’s hockey. You can tuck your hair up under your helmet or tie it back in an elaborate braid. You can ring your eyes in black eyeliner like Natalie Spooner or wear no makeup at all like Jamie-Lee Rattray. You can play a physical game like Rebecca Vint or a finesse game like Jill Saulnier. In the CWHL, you can be whoever you want to be in whatever way you want to be, and no one will tell you you’re doing it wrong.

“I think he’s pretty delusional. But his opinion’s his opinion…[T]hat being said, I’m lucky to live in a country like Canada, where people of political stature don’t say those kinds of things to make people feel out of place.”

END_OF_DOCUMENT_TOKEN_TO_BE_REPLACED

I met James Reimer once. It was at last year’s outdoor practice and all of a sudden he was maybe two feet away from me and I had to say something. Except I didn’t know what to say so I said “You’re very popular with lesbians.” He started laughing really hard and I didn’t know what to do so I started laughing really hard and we both stood there in -30 degree weather laughing until we both started coughing from the cold. He smiled the now-famous crooked smile and said “Thank you” and his face was that fire engine shade of red that it gets during shootouts. It was awesome.

It’s true though: he is very popular with lesbians. Well, bi girls, ace girls, and non-binary people mostly, but my brain had entered Emergency Shutdown Mode and the only word I could come up with was “lesbians.“And our weird little encounter is something I’ve thought about a lot since, mostly because he seemed so genuinely delighted to be very popular with lesbians. END_OF_DOCUMENT_TOKEN_TO_BE_REPLACED

“It’s for kids,” Johnny says. ‘Kids don’t care whether geese have noses or not.”

“But how does he honk then, if he’s got a fuckin’ nose? Geese honk with their beaks. I seen ’em.”

“And reindeer don’t have red noses, Terry. No one cares about this stuff at Christmas.”

“It’s not so much the nose thing that concerns me so much as the general narrative structure.” Frank slicks a wad of Brylcreem through his black hair. “The chorus implies that Honky’s central conflict will be his struggles with his weight but the verses deal primarily with the problems caused by his honking.”

“Mahovlich,” says Terry. “You’re the biggest fucking fruitcake I ever met in my life.”

END_OF_DOCUMENT_TOKEN_TO_BE_REPLACED

Back when the Leafs were terrible, I used to trudge out to the pub on the corner to watch the games. I was too poor for cable, I reasoned, but not too poor to get Tuesday night drunk in the Village by myself.

END_OF_DOCUMENT_TOKEN_TO_BE_REPLACED

Back when the Leafs were great, I had a hockey-themed birthday party. My parents set up a ball hockey net in the basement and made chocolate cupcakes so we could “ice the pucks.” We played musical squares to the Hockey Night In Canada theme and took shots on my dad to “Hit Me With Your Best Shot.”

Back when the Leafs were good, my dad took me to my first hockey game. He was a die-hard Bruins fan and it was snowing so hard you couldn’t see the road but dammit, his nine year-old daughter was going to see at least one game at Maple Leaf Gardens before it closed.

END_OF_DOCUMENT_TOKEN_TO_BE_REPLACED

R.A. Dickey is no longer a Blue Jay.

END_OF_DOCUMENT_TOKEN_TO_BE_REPLACED

I think about Joffrey Lupul a lot, A) because I’m a bisexual human woman with eyes and B) because I feel like history is going to remember his tenure with the Leafs as a failure and I don’t think that’s fair.